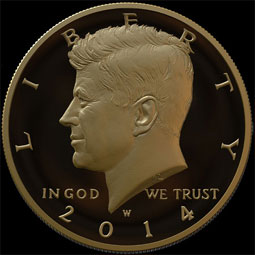 We’re back to finish out the week with one more round up of coin collecting news and articles from around the internet!

Additional coverage from the 2014 World Money Fair includes the unveiling of the official Expo Milano 2015 coin and souvenir program and the gala dinner hosted by the Austrian Mint.

Dave Harper says that the United States Mint’s proposal to strike a 24 karat gold Kennedy Half Dollar is a step too far.

Meanwhile, the CCAC praised the idea of the gold Kennedy Half Dollar. The article includes additional details on the US Mint’s planned use of Gilroy Robert’s original obverse design.

Jeff Garrett discusses the solid demand for major rarities in lower grades or with details grades.

Assembling a gold coin grading set has proven to be the challenge of a lifetime for a former dealer and longtime professional numismatist.

The consumer protection unit of the Santa Monica City Attorney’s Office has filed a lawsuit against Merit Gold and Silver for allegedly engaging in a “bait and switch scam.”

An article from CoinWeek has additional coverage of the lawsuit.

For Valentine’s Day, here is an article and video on Love Tokens.

The Royal Mint Blog explores the long history behind demonstrating love for another with the gift of a coin.

The latest collector coin from the Mint of Finland celebrating Tove Jansson features an intriguing design which bridges the obverse and reverse of the coin.

And now for some notable auctions. Here is an example of the 1907 High Relief Saint Gaudens Double Eagle in a PCGS Genuine Holder. The coin is ex-jewelry with Uncirculated details.