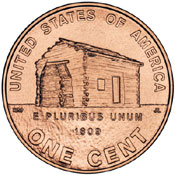 I apologize for the irregular schedule this week, but my 10 month old son Jason has been sick. His fever seems to have finally broken, so we are hopeful that he is on the mend. Next week, I will be back to a regular schedule, but this will likely be the final update for this week.

Examining the recent boom in silver investment demand with some eye-opening charts.

Susan Headley has an update on 2009 UHR Double Eagles with an interesting revelation.  So far the US Mint has only stuck 29,000 coins, an amount which will only cover demand from the first day of sales.

Dave Harper sits down for breakfast with the Slovakian Mint, who just competed a four month program to produce euro denominated coins.

Two news items from Collector’s Universe, the parent company of PCGS. First, they have sold their currency grading division to the former division president. Second, they have announced a partnership with the Polish Mint to certify newly issued commemorative coins and establish a submission center for PCGS certification.

An article on some of the recent tactics used in Argentina to solve their shortage of coins.

David L. Ganz writes on some prior US Mint Directors and provides his opinion on what qualifies a person to be a Mint director.

And now for some notable auctions. First, a 40 coin tube of 1999 $10 American Gold Eagles that has been stored away for years.

A nice example of a 1999 Susan B. Anthony Dollar Off Center Error.

Before you go, here’s a slideshow of the new 2009 Lincoln Cent coin images: