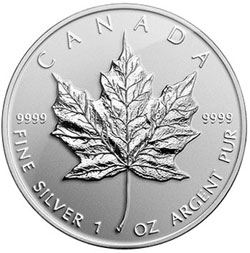 We’re back with another fresh round up of coin collecting news and articles from around the internet!

The Royal Canadian Mint has started accepting orders for an array of new products, including premium versions of the 2014 Gold and Silver Maple Leaf coins.

The number of Silver Eagle bullion coins available for allocation in the coming week will drop to 500,000 to 600,000 coins.

A Bloomberg article also discusses the supplies of Silver Eagles available and the tight market.

The author of Coin Collectors Blog describes his Saturday spent at the FUN convention in Orlando.

CoinWorld covers the recent sale of the Olsen 1913 Liberty Head Nickel for $3.29 million.

Dave Harper describes three educational seminars that will be held surrounding the ANA National Money Show held at the end of February in Atlanta.

PCGS will be conducting collector education classes at the upcoming Long Beach Expo.

Q. David Bowers says it is an ideal time to build a gold type set and begins an overview covering the $1 through $3 gold pieces.

Coin Update News has coverage of the European Central Bank’s unveiling of the new €10 banknote which will begin circulating in September.

And now for today’s notable auction. Here is a 40-coin collection of 1986-2012 Silver Eagles with all coins graded NGC MS 69 or PF 69. Bullion coins as well as burnished coins and some special issues are included.