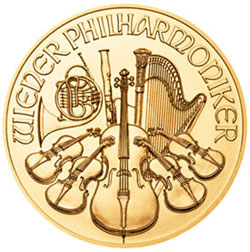 We’re back to bring you another round up of the latest coin collecting news and articles from around the internet!

Coverage of the United States Mint’s 2013 financial results continues with a look at the circulating coin segment. Total shipments to Federal Reserve Banks rose by 17.8% and generated seigniorage of $137.4 million.

The Travel Channel has a new video on the 1913 Liberty Nickel entitled “Million-Dollar Nickel” for their Mysteries at the Museum series.

A specimen set of 1954 “Devil’s Face” Canadian notes was sold at auction for $16,000. The variety features a sinister looking face in the hair of Queen Elizabeth II.

A discussion of the forces shaping precious metals prices in 2014.

A guest commentary makes the case for collecting world coins.

Here is a look at the 2014 Year of the Horse coins issued by the China Mint.

World Mint News Blog takes a look at the special set issued to mark the 25th anniversary of the Austrian Gold Philharmonic Coin.

The Central Bank of Ireland has announced the release of a new 10 euro silver coin to pay tribute to world famous Irish tenor John Count McCormack.

And now for today’s notable auction. Here is the key date 1901-S Barber Quarter graded NGC VG 8. This coin had a mintage of just 72,664 pieces.