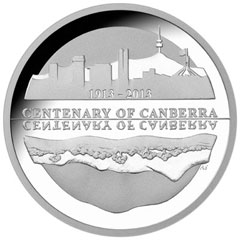 We’re back to bring you a round up of the latest coin collecting news and articles from around the internet!

Another article on Silver Eagle sales from Reuters, which notes the demand for entire 500-ounce boxes of the coins.

Mint News Blog on the sell out of the 2012 Mint Set, along with information on the status of the 2013 America the Beautiful 5 oz. Silver Coins.

CoinWeek has an article summarizing the worldwide top ten auction records for coins and patterns.

The upcoming auction of the Walton specimen of the 1913 Liberty Nickel has already started to make some headlines.

Highlights from the upcoming Goldberg auction which includes some important early U.S. cents.

An auction has been set for the 2,695 gold coins found in the home of a deceased Nevada recluse.

Builders repairing an old pub building in Ireland discovered a hoard of 81 gold coins dating back to the 17th century.

Coin Update News writer and CoinWorld columnist Michael Bugeja has published the results of a comprehensive study of all U.S. Mint circulating coinage.

Q. David Bowers paints an intriguing picture of the silver rush of 1962.

Who stands to profit from the elimination of the Canadian cent?

While the sale of the 1794 Silver Dollar caught all of the headlines, a Dahlonega quarter eagle also realized a record price.

An ANA member will appear on an episode of the History Channel’s Pawn Stars.

Whitman Publishing has released the first edition of a new book, the Almanac of United States Coins. Here is the product page on Amazon.

Here is a look at some recent world coin releases from Canada, Israel, and Australia.

And now for some notable auctions. First, a 1904 Liberty Double Eagle graded PCGS MS62 in an old green holder which has received a Gold CAC sticker.

That’s all for today’s update. See you next time!