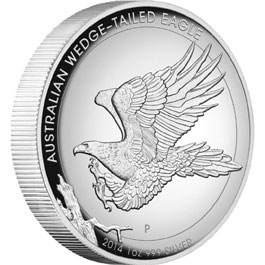 The Girl Scouts of the USA will not receive any surcharges from US Mint commemorative coin sales since the program failed to cover its costs.

An article describing three great coin pairings that can serve as the starting point for amazing collections.

Charles Morgan explains why and how he sold all of his coins.

The ANA Roadshow featuring coins from the ANA Edward C. Rochette Money Museum will make its next stop at the FUN Convention.

A specimen 1852 Moffat Gold $10 Coin will be auctioned by Heritage at FUN.

A letter from Mark Salzberg, the Chairman of the Certified Collectibles Group which includes NGC and PMG, reviews the past year and looks ahead.

The House Financial Services Committee has demanded to see the Justice Department’s legal analysis of the platinum coin option for avoiding the debt ceiling.

A new tool has been created which allows anyone to create their own cryptocurrency to compete with Bitcoin.

A brief note on Thomas Sully’s influence on US coins and currency following a special exhibit at the Milwaukee Art Museum.

Another article on the sales of Canada’s first gold coins.

And now for some notable auctions. First, an example of the 2013-W Proof Gold Buffalo graded PCGS PR70DCAM with First Strike designation. Based on the last reported sales figures, this coin has the lowest mintage for a one ounce proof coin of the series.