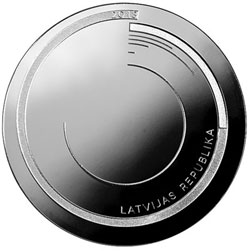 We’re back with one more round up of coin collecting news and articles to finish out the week!

Krause Publications has announced the ten category winners for the 2014 Coin of the Year Awards. Take a look at large sized images of the ten winning coins. An overall winner is still to be selected.

Mint News Blog takes a look at the designs for the 2014 America the Beautiful Quarters compared to the recommendations offered by the Commission of Fine Arts and Citizens Coinage Advisory Committee.

Heritage will auction Walter Perschke’s Brasher Doubloon with “EB” punched in the eagle’s wing. It is expected to bring $5 million or more and set a new record as the most valuable early American gold coin.

Goldberg will auction a hoard of 216 $1 gold pieces dated 1856 with the upright 5. The owner believes this represents at least 75% of the surviving population.

An overview of the short lived Franklin Half Dollar series.

Since 1900, there have been 38 Americans represented on a United states coin who were Freemasons.

A startup called Coin has created a credit card sized device to store information from every other card carried in a wallet. Here is another article with more detailed information on the device.

Here’s a look at the latest silver commemorative coin from Latvia, which is intended to offer intellectual and scientific reflection on the topic of time and change. The coin appears as today’s coin image.

And now for some notable auctions. First, a nearly complete set of 1892-1916 Barber Quarters housed in a Dansco album. The set is only missing the three keys.