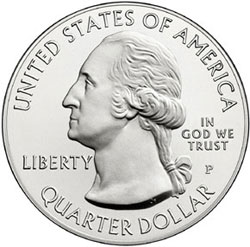 We’re back with another fresh round up of the latest coin collecting news and articles from around the internet!

The United States Mint has started sales for the 2013-P Mount Rushmore Five Ounce Silver Uncirculated Coin. This is the fifth and final release of the year for the numismatic series.

Some preliminary details have been revealed for the Theodore Roosevelt Coin and Chronicles Set.

Heritage’s recently concluded Signature Auction in New York was highlighted by the sale of an 1893-S Morgan Dollar graded NGC MS 64 which realized $235,000.

In an auction conducted by Gorny & Mosch, a Roman gold medal of Constantine realized $871,648.

A CoinWeek article on Cassie McFarland’s glove design for the 2014 Baseball Hall of Fame Commemorative Coins.

While much attention has been focused on the big ticket items, there are also some lower priced coins available from the Newman Collection.

A news video on the launch of the 2013 Mount Rushmore Quarter.

Harvey G. Stack reflects on coin dealers then and now, providing a great perspective of how he learned about coin collecting.

An ANA blog post briefly discusses the origins or coinage.

And now for some notable auctions. First, an auction for one of the 1996-W Olympic $5 Gold Coin “X” cancelled reverse dies with ten photos included in the listing. The dies for gold coins show up much less frequently than the dies for the silver coins.

From the world coin arena, here is a complete collection of 1982-2013 1 oz Silver Libretads in a Dansco album.