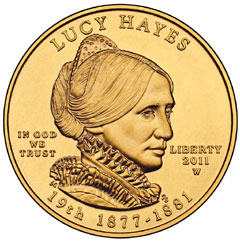 Welcome to back to Coin Update!

Here’s a fresh round up of the latest coin collecting news and articles from around the internet!

Mint News Blog takes a closer look at the sales levels for the 2013 Proof Set, 2013 Silver Proof Set, and 2013 Mint Set, with some comparisons to the prior year.

Coin Collectors Blog provides a reaction to the CCAC’s rejection of the US Mint’s proposal to reuse classic coin design for the upcoming proof American Platinum Eagle coins.

A brief history of the silver half dime.

NGC has graded and encapsulated more than 2,800 world coins from the collection of Eric P. Newman, which will be auctioned in January 2014.

Here are some reflections from Q. David Bowers.

Steve Roach comments on the “forgotten” status of the First Spouse Gold Coins.

And now for some notable auctions. First, a large mixed lot of Proof Silver Eagles in original government packaging. A total of 26 different coins are included ranging from 1986 to the 2006 20th Anniversary Set.